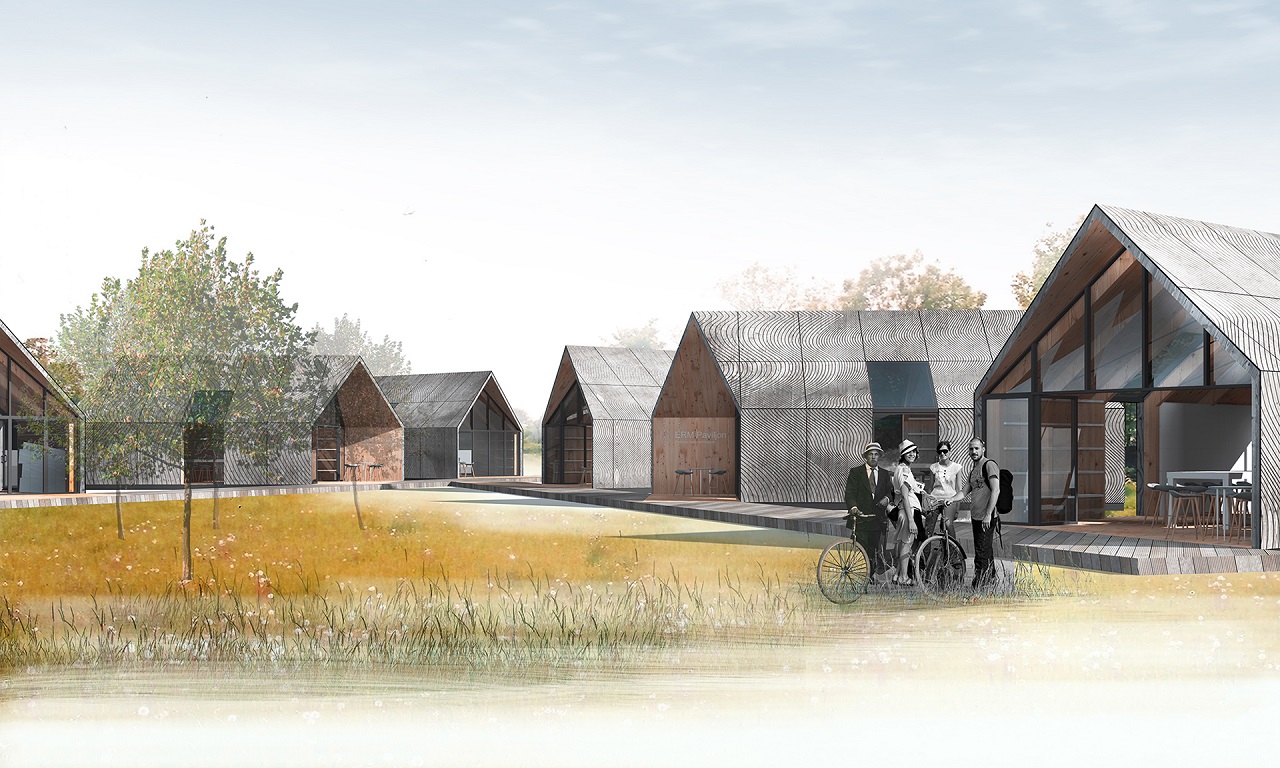 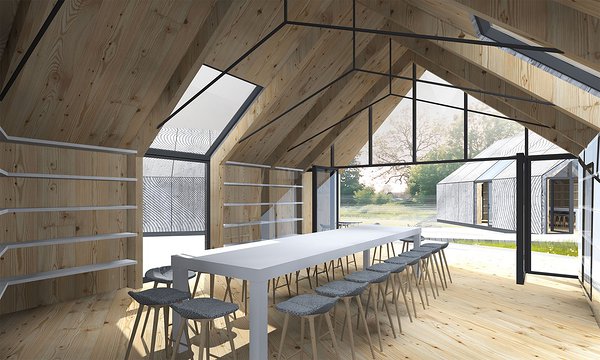 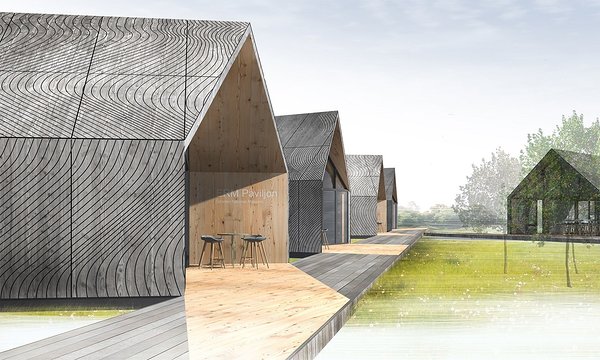 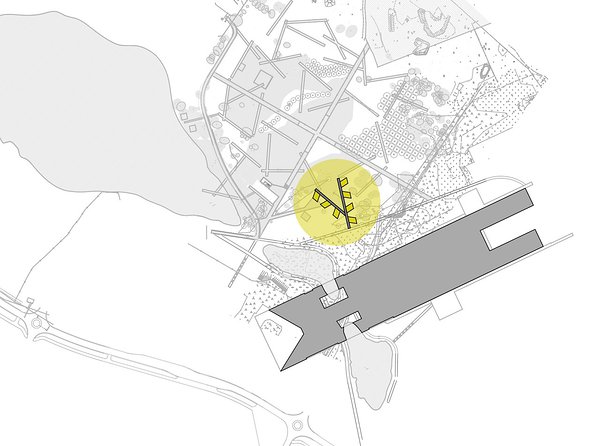 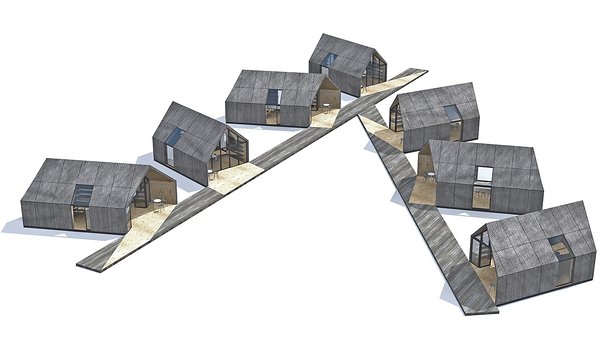 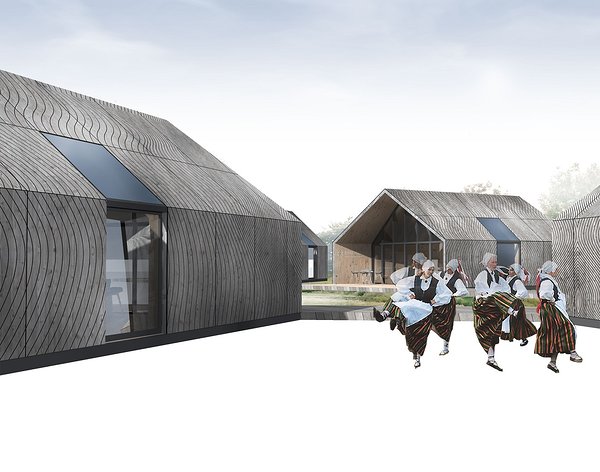 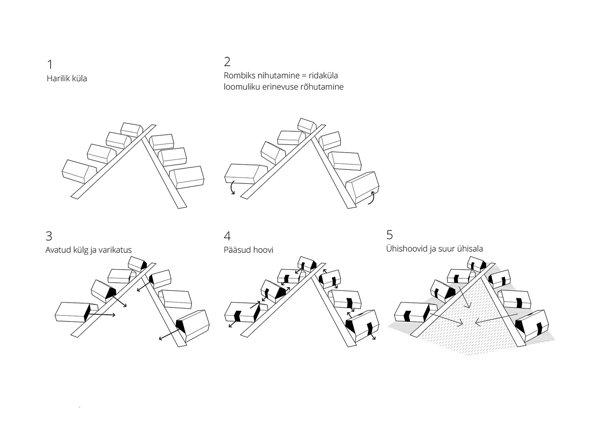 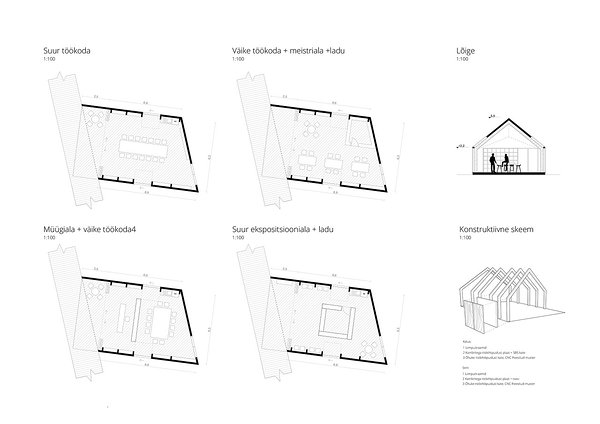 This is our own little contribution to the building of Estonia’s mega-museum: the Estonian National Museum. We won a contest calling for solutions for multi-purpose pavilions planned for the surrounding park.

The idea behind 'Grooves of Time' was to create an area between buildings that, when visited, would feel constantly changing and non-recurring; to express the temporal dimension of Raadi’s place memory with a facade solution reminiscent of wood devoured by termites and to offer flexible space planning.

'Grooves of Time' proposes standard solutions for outdoor pavilions that fit with the museum's identity and the concept of KINO landscaping architects. The building's ground plan is based on the central shape of the museum’s visual aesthetics – a rhombus. The visual identity of the rhombus has been described as a shape symbolising Estonians – angular and rough, but strong and bold at the same time.

'Grooves of Time' continues the landscape architects' concept by creating an area between the buildings that feels as though it is constantly changing and non-recurring. Although the modules are the same, a person moving on the landscape feels the narrowing of perspective and, due to the direction of the daylight, perceives the pavilions and the space between them as constantly changing. Depending on their viewpoint, a person may sense disorder or the influence of elementals. The tilted roofs, which are the same, seem slightly different with such positioning and the grey tone attributed to the facades comes across as different shades of grey.

A building with a gabled roof is redolent of a traditional village, although the boarding, absence of eaves and large glass surfaces fit more closely with the main building's modern form. The architecture and design of the buildings are deliberately neutral and universal: they have room for users who, with their activities, give meaning to the pavilions.

The architecture and interior design solutions go hand in hand, allowing the pavilions to be customised for different activities and the space to be used flexibly. The high space enables room-in- room solutions according to needs. The pavilions allow for constant movement and can be opened on all sides.

The interior of the pavilions is warm wood, rolling out onto the street, blurring the threshold between outdoor and indoor. The time grooves in the facade and the texture of the wood counteract and at times ignore or intensify one another. The design is inspired by wood itself, be it growth rings or grooves made by termites. The pattern and wood will change tone, shape and intensity over time, creating an organically developing texture.