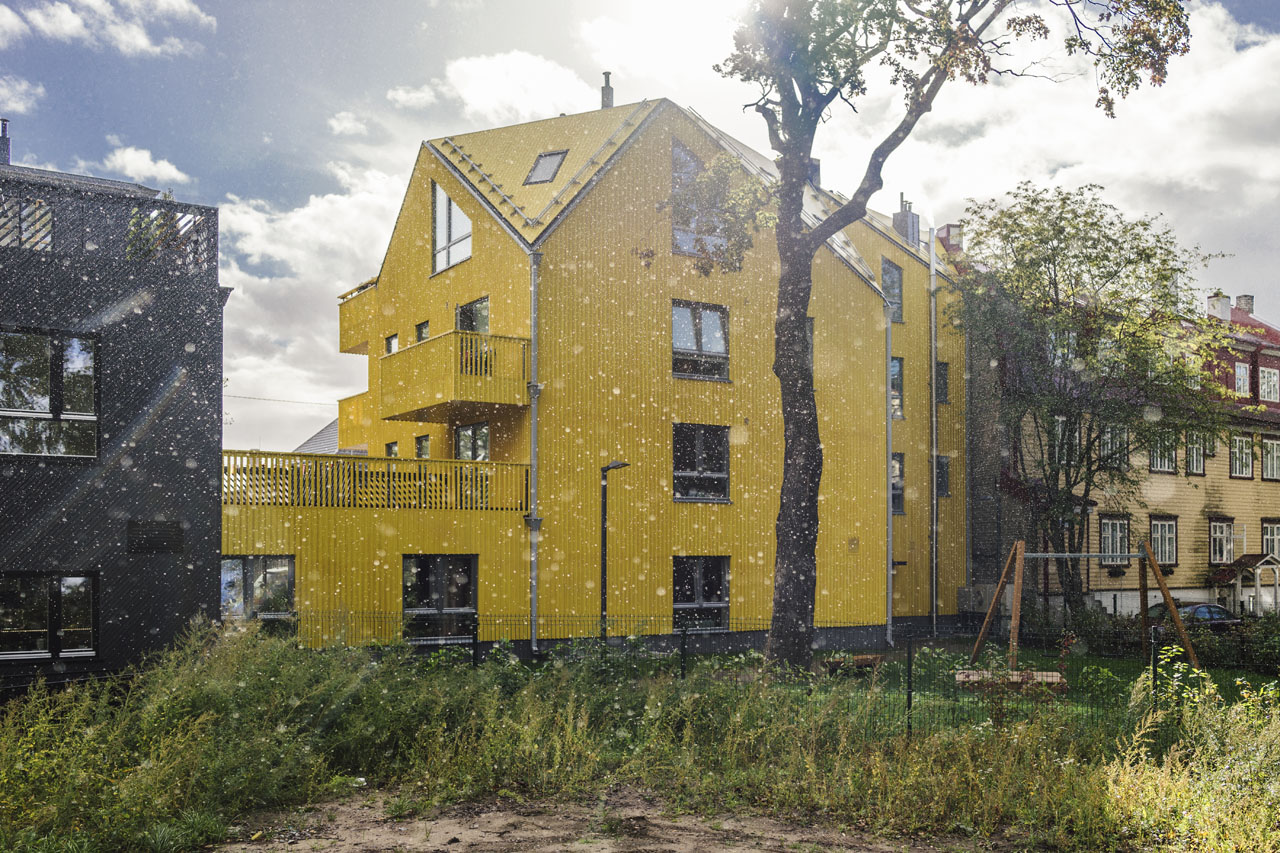 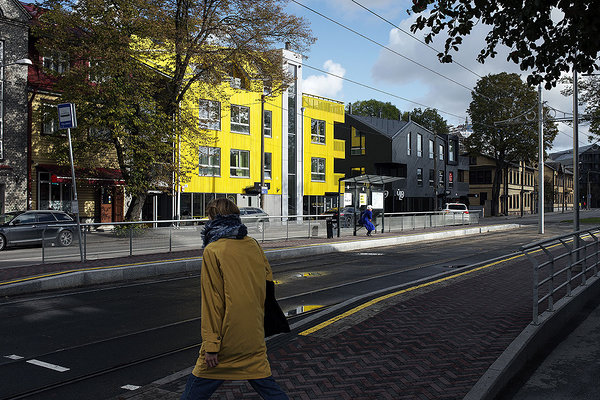 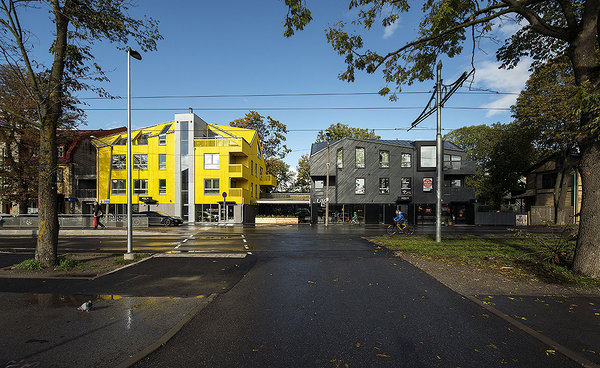 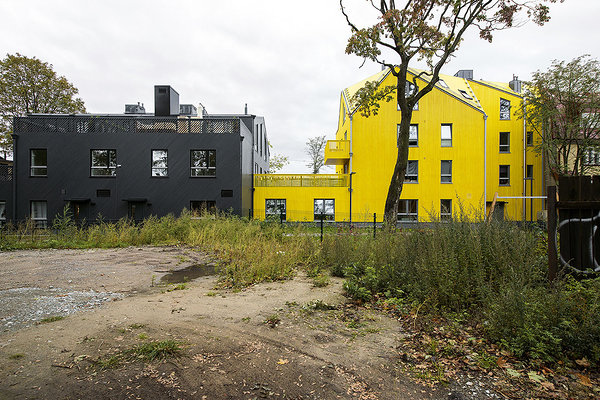 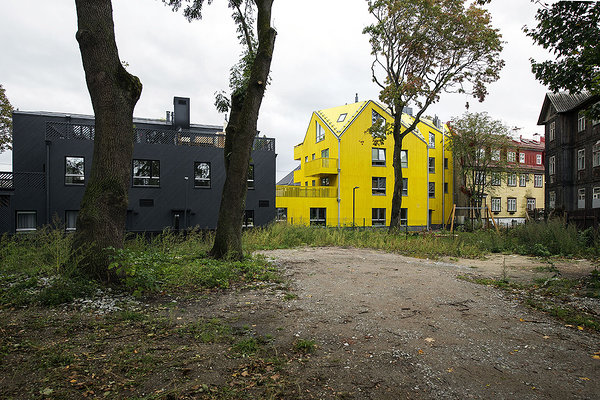 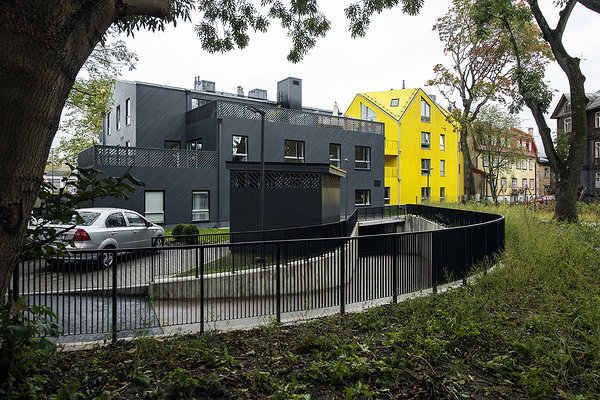 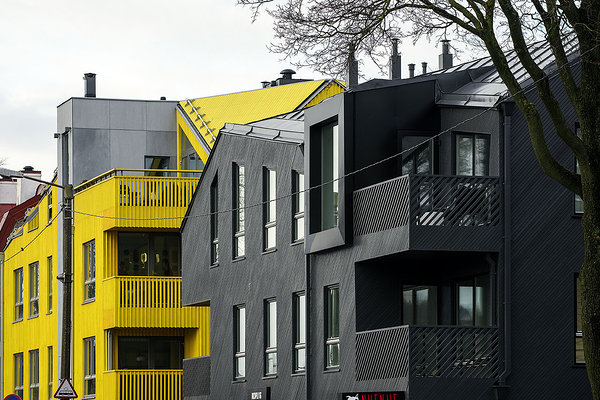 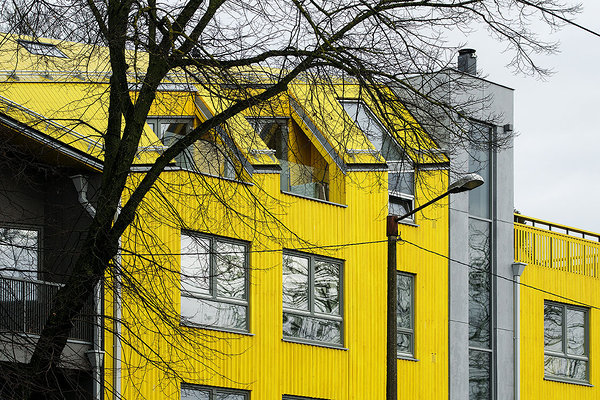 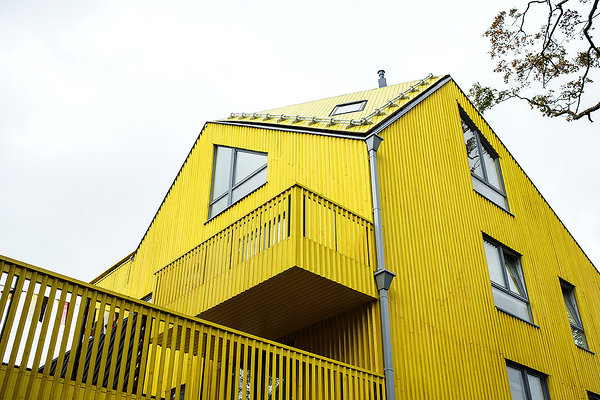 
The Kopli 16 apartment building with its commercial spaces is our third apartment building project in Kalamaja with which another town planning gap in the city centre was fixed. A classic city building – with businesses and restaurants on the 1st floor and apartments on all the other floors – is seen as two separate buildings connected by an underground car park and joined by the 1st -floor restaurant in a glass gallery.

The yellow structure on the western side is looking for context and the style emanating from it – its windows are situated symmetrically, while a vertical column is emphasised in the facade, which usually contains a stairwell, but here instead
contains a lift. The colour palette is also from the local milieu, albeit a yellow that is a little more bold and modern.

The black structure on the eastern side is designed differently from its counterpart on purpose, being laconic on the outside and, considering the area's history, more
industrial on the inside.