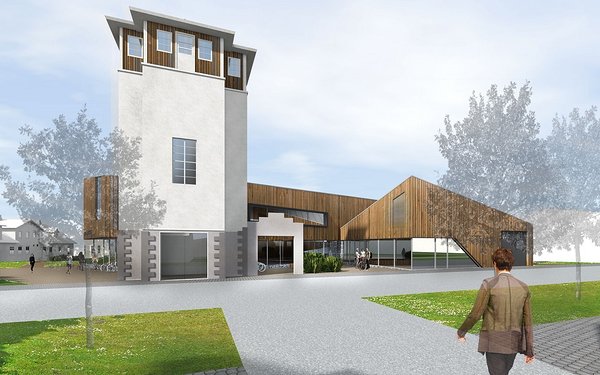 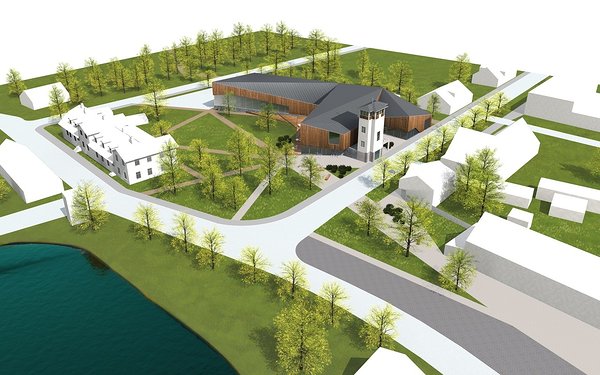 POLYPHONY is Greek for 'a variety of tones' and represents the simultaneous harmony between independent melodies in music.

The concept of this work was to offer Suure-Jaani an important public building that would increase activity in the town centre and integrate itself with the environment surrounding it. The following goals were kept in mind when drafting the winning design:

integrating the new building with Paisjärve and the centre's square facing;

integrating the park area in front of the building and enabling

its connection with the renewal of the central square; maximising the visibility of the public functions that will be established; enlivening Pärnu and Tallinn streets with the new building; enabling the building's smooth integration with the recreational area to the south-west; linking the Health and Visitor Centre courtyard to the building under heritage protection at Köleri 1; and creating attractive and functional connections between different parts of the building.