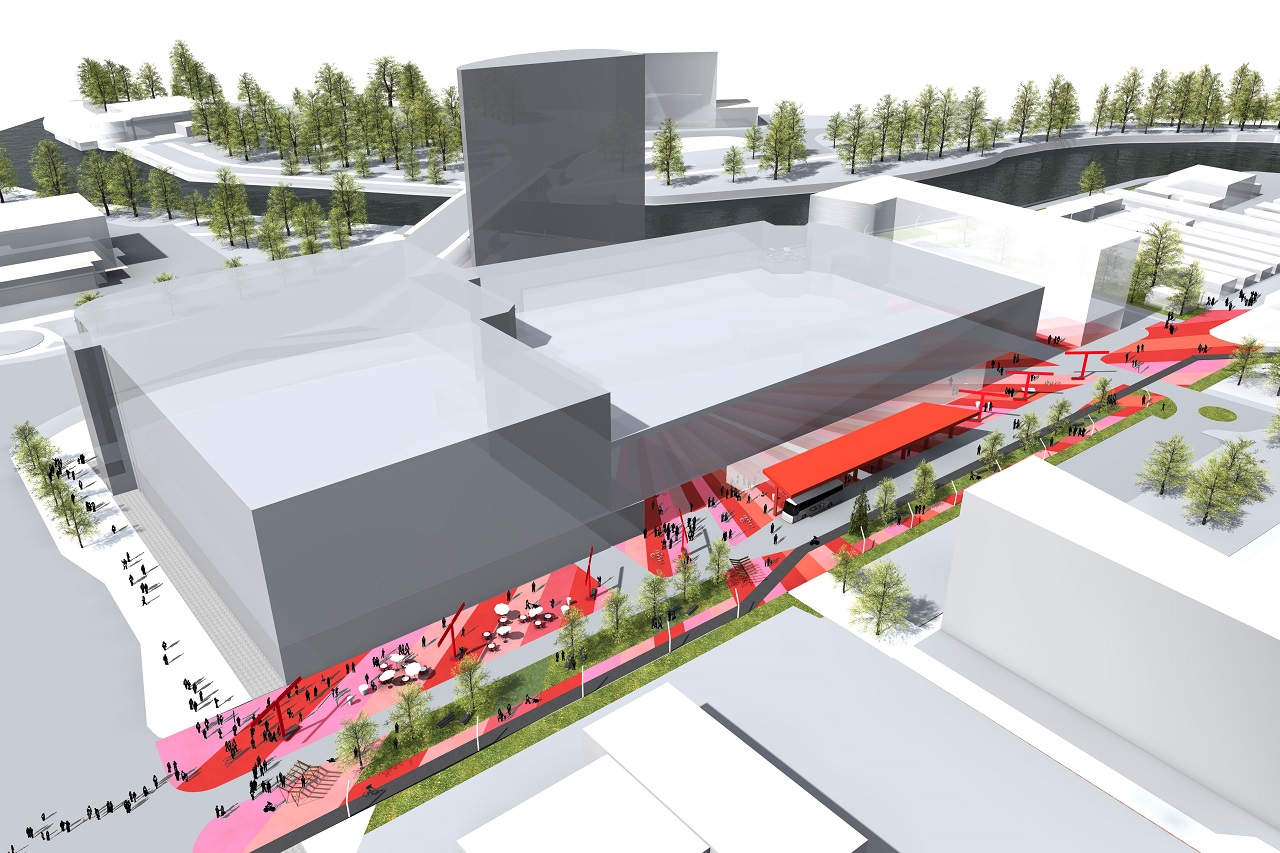 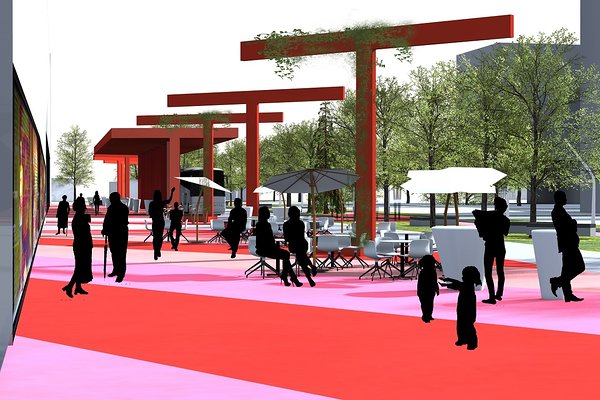 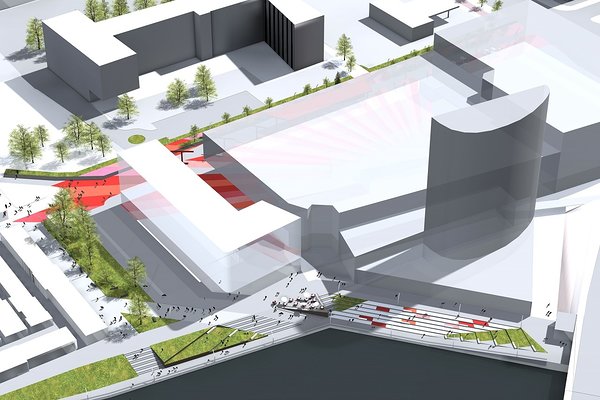 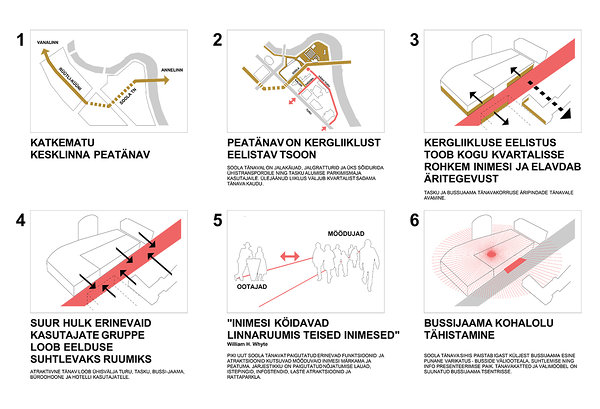 The competition site – Tartu's new city centre – contains many busy public buildings and infrastructure sites, the most important of which are the bus station, Tasku shopping centre, the market, the Emajõe Business Centre, the river promenade and the Dorpat and Tartu hotels. The area is cut off from the Old Town by roads and the space between the main attractions is mainly used by motorised vehicles either as parking space or traffic roads. Pathways for people have been reduced to narrow, illogically ordered and inconvenient walkways.

The area, which is situated a mere seven-minute walk from the Town Hall, is between two bridges by the Emajõgi River and is near the suburb of Annelinn. It has the potential to become a modern city centre through a well-thought-out development process.

The design's main objectives are to create conditions for a lively city space around the bus station and to make the environment people-friendly, pleasant, safe and clearly distinguishable.

In the future, Soola Street (along with Rüütli Street and the new street running through the shopping centre) will form a section of the city's main road. The front of the bus station will be a gateway for visitors coming into and leaving Tartu. The area will also be used by the market and visitors to Tasku shopping centre, employees of nearby businesses and commuters from Annelinn and the city centre. This diversity of user groups makes it a great place for meetings and connections. 'Communicating Space' is an area in the city that encourages the people in it to stop, take a break, look around and communicate while still being in the midst of the hustle and bustle of the city. This is interaction between the moving and the still.

The winning design proposes opening up Tasku's 1st-floor retail spaces, cafés and other services onto the street. The most important areas for increasing outdoor activity are along Soola Street, including the entrance gallery in front of the bus station, as it could be expanded and made into an attractive frontage.

Marking out the bus station is achieved with bus stop shelter lighting and graphics centring the station, using colourful surface coating, seats and the placement of street lights in the city space.

The solution for the market front area focuses on repairing and improving the street network. The convenient passage of light traffic from Sadama Bridge towards Võidu Bridge is important. Parking by the market's gates can be moved to a car park further afield. The area's characteristics will be formed in coherence with the market solution; opportunities for the market street to be able to be used conveniently were created in the winning design.

The promenade behind Tasku offers people opportunities to spend time and meet, but it is also a light traffic passageway which connects to the bridge to Annelinn. There are possibilities to establish or expand an outdoor café on the promenade. Improving and connecting the upper and lower levels of with the street network is emphasised.

ORGANISATION OF TRAFFIC AND PARKING

The winning design proposes reducing traffic on Soola Street. Traffic will be directed to Turu Street via Sadama Street. Soola Street will remain open to busses and cars going into Tasku's underground car park. Bus station parking and "kiss&go" areas are located in front of Tartu Hotel. The public transport bus stop on Väike-Turu Street is to be moved to Soola Street. For the whole quarter to be operational it is important to minimise parking space.