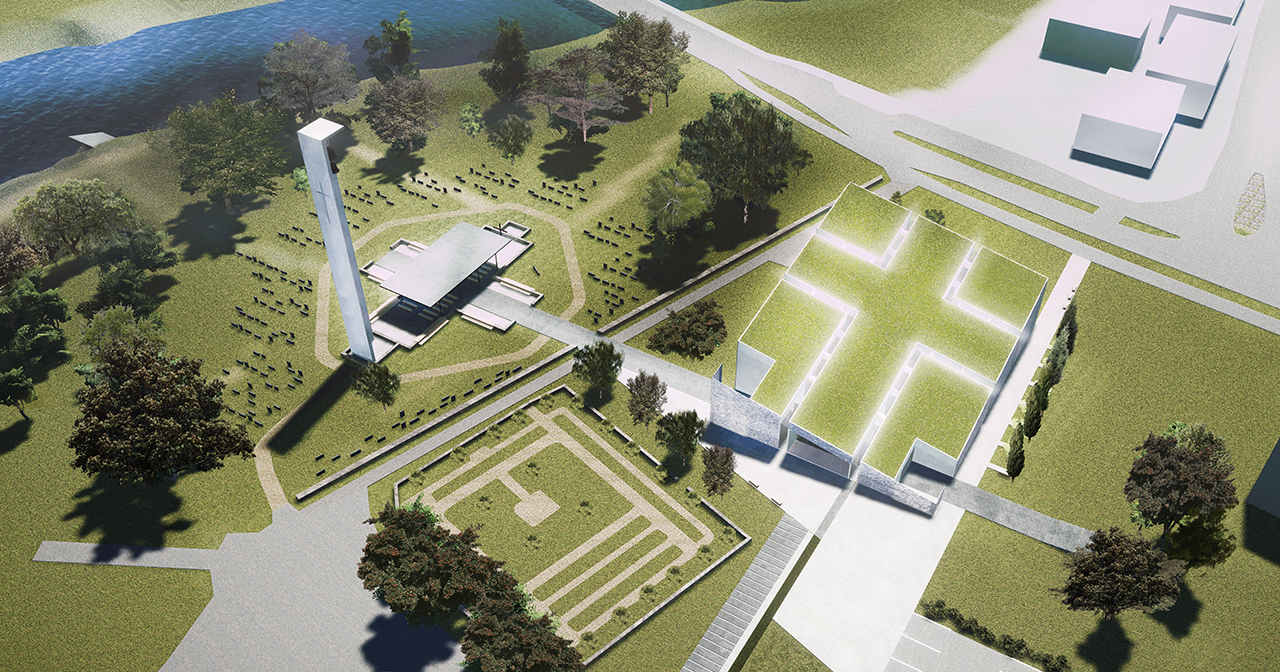 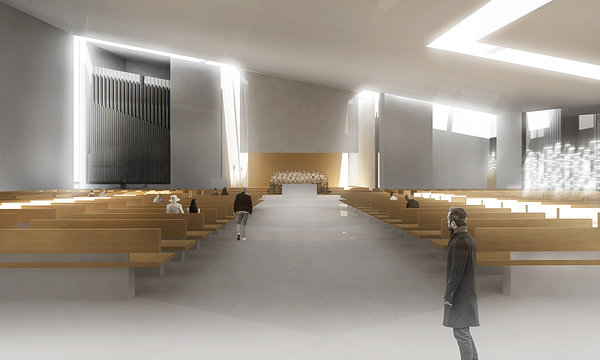 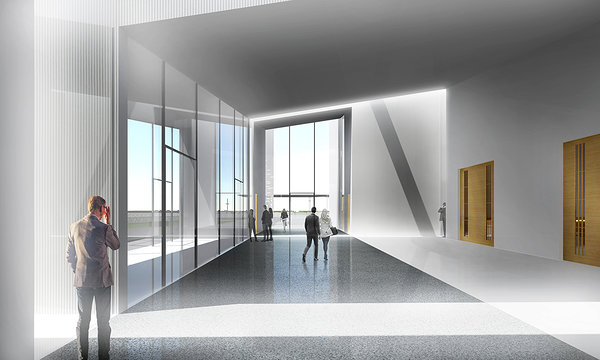 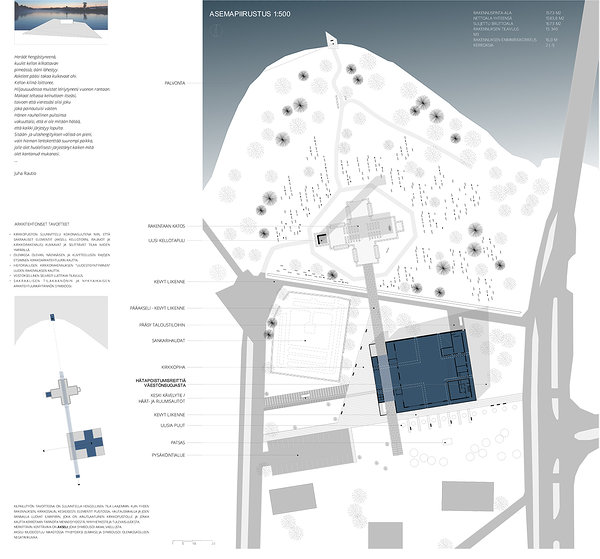 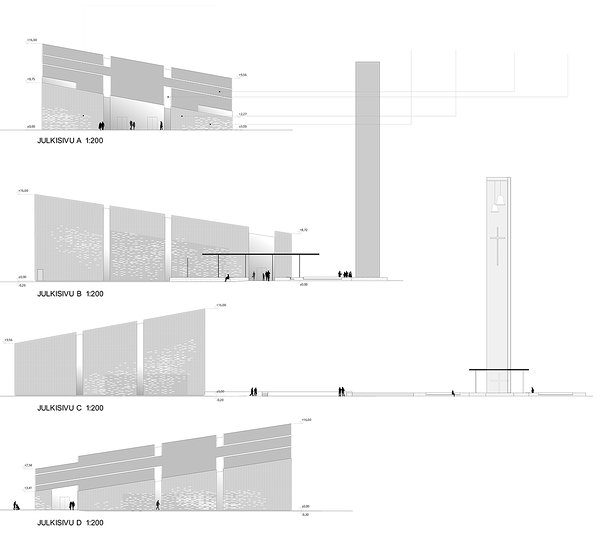 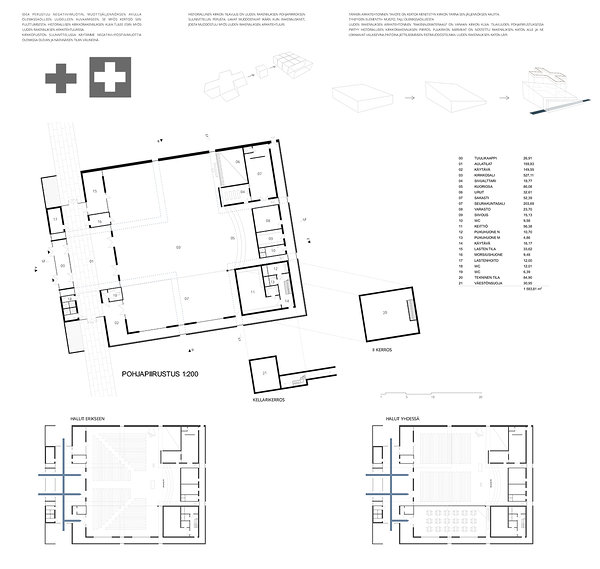 Designing the church yard as a whole so that the sacral elements (axis, bell tower, ruins and church) give shape and sense to the surrounding space.

The idea is based on negative form, reimagining the past with the help of form imprinting. It also records its absence. The image of the historic church also appears in the architecture of the new building.

The aim of the winning design was to imagine a spiritual room wider than one building, a church hall's centre. The elements in the park and cemetery and on the river bank create an atmosphere that is unique to the church park, through which stories of the past, present and future are told.

The most powerful line of force in the landscape is the AXIS that symbolises time and journey. The north-south axis guides the park's visitors on the site, highlighting and pointing out the layers of history in the park.

The most important architectural aim is to tell the lost church's story through its imprint. The architectural "building material" for the new building is the old building's image. The plan of the historic church is highlighted in the ground plan. The contours of the wooden church have been raised to the ceiling and cut the giant shape of a cross as light openings in the roof of the new building.

The functions in the new church building are situated on the axis from the spiritual to the everyday. Nearest to the cemetery is the church hall. Congregation and household rooms with open window surfaces and shallow volumes communicate with the surrounding buildings and dissolve the barrier between the secular and the spiritual. Two halls of the building volume with three naves make up the grand church hall, while the south nave hosts the community hall. The two can be joined into one for large events via a folding wall. The altar is situated on the eastern side of the hall and is the centre of the building.

The new church building is designed on concrete structures. The construction scheme is shown in the sketches.